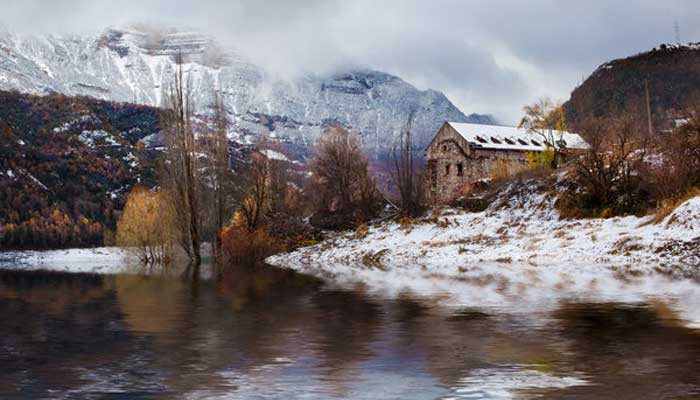 From the time its doctrine was established, feng shui culture has been inherited and developed in the midst of questions and debates. Whether people regard Feng Shui as an objective existence or describe it as feudal superstition, as long as human beings live in the natural environment, Feng Shui is closely related to human life, which is the inherent close relationship between human beings and nature.
The application of feng shui theory is based on the sequential heaven and earth gossip space in a 360-degree circle and the existence of yin and yang gender substances in 24 information units, reflecting the principles of character information positioning and the relative balance of yin and yang. Elementary Feng Shui basics can be simply summarized into the following 4 parts.

Yin material in the environment of human existence is represented by water and other invisible, flowing material, Yin material also has two forms of expression in the external and internal environment:
①Natural and built environments are represented by yin substances in the form of rivers, lakes, reservoirs, oceans, reservoirs, roads, open spaces, depressions, ditches, artificial fountains, permeable wells, open net ponds, and all other tangible and intangible flowing substances.
In the natural environment and the built environment, the strongest yin substances are the natural water and air currents that are in the flowing state and running strongly, such as the flowing water, the source of sufficient water, and the clear water.
The forms of Yin substances in the indoor environment are doors and windows, water and sewage, toilets, bathrooms, water curtain walls, fish tanks, etc.
In the indoor environment, the strongest Yin material is the water, bathroom, and the flow of water curtain wall.

2.1 The eight trigrams of the first heaven

In the application of environmental feng shui, the innate Bagua and Bagua are used at the same time. The combination of the innate gossip and the post-tense gossip is a combination of people and things information positioning and things information qualitative, as well as positive and negative feng shui information quantitative in space-time cycle law. So it is said that the first heavenly Bagua and the second heavenly Bagua are composed of a large, complete feng shui information base. Due to the different orientations of the presence of the ancestral Bagua and Bagua, they reflect the nature and meaning of things are different.
The organic combination of the first gossip and the second gossip, the science of things from the original state of constant change in the development of the whole process to date, that is, the complete movement of things.
Environmental Feng Shui Bagua is a spatial and temporal concentration of nature’s Feng Shui environment, is a full understanding of the natural environment of the ancient Chinese, but also reflects the extraordinary wisdom of the ancient Chinese, forward-looking consciousness, and profound philosophical thinking. Feng Shui Bagua in the contradiction of yin and yang in line with the yin and yang, yin and yang balance theory, in line with the real state of growth of all things, in line with the inevitable laws of development.
From the environment Feng Shui Bagua can be seen, the overlap of the congenital Bagua and post-genital Bagua, clearly reflecting the orientation represented by each of the trigrams is contradictory, and the contradiction of this orientation space is the wisdom of the ancient Chinese, is the congenital Bagua Feng Shui information to the materialistic transformation of the post-genital Feng Shui environment. Therefore, the contradiction between the innate Bagua and the acquired Bagua is typical of the law of transformation of yin and yang. This also vividly reflects the materialistic worldview in traditional Chinese feng shui culture.

3.1 The principle of preferential selection of upper wind, upper water and no pollution

3.2 The principle of taking auspicious preferences for the direction of the main road around the residential area

The Feng Shui Situation Sect and the Li-Qi Sect emphasize the orientation of buildings and the harmony between people and heaven and earth. In the traditional “courtyard”, the north and south rooms are the main rooms, and the east and west rooms are the rooms and side rooms. The main room is preferred for the elders to live in, and the compartments and side rooms are used for women and underlings. In feng shui, it is believed that the positive meridian orientation is unfavorable to the general population, because the south is not the “hot axis” in the north, and the south is not the main wind direction in summer, which is not conducive to the improvement of the microclimate of the residence. Therefore, residential housing in the north should be selected in the north of the decisive mountain Ding direction, that is, about 15 ° west of south, favorable heating, and sand; in the south should be selected in the none-san C direction, that is, about 15 ° east of south, favorable ventilation and cool.
However, the layout and orientation of housing in the residential area depend on the traffic layout in the city master plan, that is, the layout plan of the arterial roads around the residential area is the key to determining the orientation of housing for residents. Therefore, in the planning of urban arterial roads, especially the design of arterial roads around residential areas, the direction of the positive zigzag, i.e., positive north-south, east-west, should be avoided. In modern urban planning, this point is often neglected, resulting in many residential areas with positive we orientation, which is not conducive to the optimization of the living environment.

The residential area is the main body of the city and is the place where the residents live and work. In the feng shui selection of the site, it is preferable to choose a more complete area and not a fragmented area. Especially in big cities, areas that are severely separated by traffic or highways and railroads, and areas where the geomagnetic field is disturbed (such as near overpasses, elevated roads, interchanges, etc.) are called “road punch” in feng shui, and should not be used as residential land. According to feng shui, residential areas should form a Taiji system and have complete functional project plots. For example, Hangzhou City, which is developing to the east, is separated by the north-south railroad, especially in the area of City Station and Nanxingqiao Railway Station, which makes it difficult for people to gather and traffic accidents to occur. Another example is the area near overpasses and elevated roads in Hangzhou, where the airfield is destroyed by high-speed traffic, and noise and dust seriously affect the normal life of nearby residents.
However, residential areas are an inseparable part of the urban ecosystem and must have convenient transportation links with various energy-carrying areas of the city. Therefore, the residential area should have a smooth transportation network, so that it forms an organic whole with other functional blocks of the city. External traffic such as high-speed arterial roads, transit roads, and railroads are generally not suitable to pass through residential areas. Only those traffic terminals and low-speed curves are suitable for residential areas. But in the city arterial road turning the side of the back bow, is not suitable for residential areas, feng shui said the road is also “flowing water”, the back bow is like “flowing water back jump”, and is also prone to car accidents in unfavorable locations.
If the city is a complete “big Taiji”, then about 50% of the area is living and residential land, that is, the “sunfish” of the “big Taiji”; about 50% of The land is used for industry, warehouses, external transportation, etc., which is the “big Yin fish”. In the residential land, about 50% of the land can be used as a residential area (i.e. residential, the “small yang fish”), while the other 50% of the land is used for roads, squares, public green areas, public buildings, etc., which is the “small yin fish”, thus forming a self-contained “resting system”. This constitutes a self-contained “small Taiji”. This is the so-called site integrity, to achieve the harmonious state of “everything is Taiji”. 4.

4.1 Mountain, that is, the back of the mountain

Generally, it can be divided into the auspicious mountain, evil mountain, the city is the building for the “mountain”, if the back of the building is tall, majestic, many, mountain overlap, and more rich, high-quality people living, is “backed by a rich mountain”, is good. The opposite is bad. Mountains, and left and right guard of the mountain, relatively lower than the main mountain, the opposite is called good. In addition, the front of the case mountain, similar to the Golden Water Bridge in front of Tiananmen Square, must be low, flat some for good. There is also a mountain, looking into the distance, farther away and there are taller buildings is good.

4.2 Water (Water, pronounced “Shui”), that is, the flow of people, traffic, roads

Wind in the city, divided into the natural wind and the flow of people, traffic “wind”, all belong to this category. The wind should be soft, easy to hide, easy to gather for the good, also known as the collection of wind and energy, charity, peaceful and gentle wind for the top of the good, and water complement each other. And similar to the highway, high-speed rail, light rail, and other nearby, high speed, brings the “bad wind”, which is often said to be a brake. The wind can not be straight, the wind can not be too big, otherwise, it is a bad sign.

4.4 Sand (pronounced “sha”), that is, the surrounding neighborhood

In urban building complexes, the concept of sand mainly refers to our neighbors, “sand” should be large, easy to more, rich, heavy, and stable. Neighbors in the neighborhood have the strength, quality, and rich for good, “grain of gold sand” for the top auspicious, small community of people, people poor, relocation of households constantly, the population flow, the residents of low quality is not good. Also called flying sand, unlucky.

4.5 Direction (Direction, pronounced “Xiang”), is the orientation of the room

Fengshuibuy.com is a participant in the Amazon Services LLC Associates Program, an affiliate advertising program designed to provide a means for sites to earn advertising fees by advertising and linking to Amazon.com.