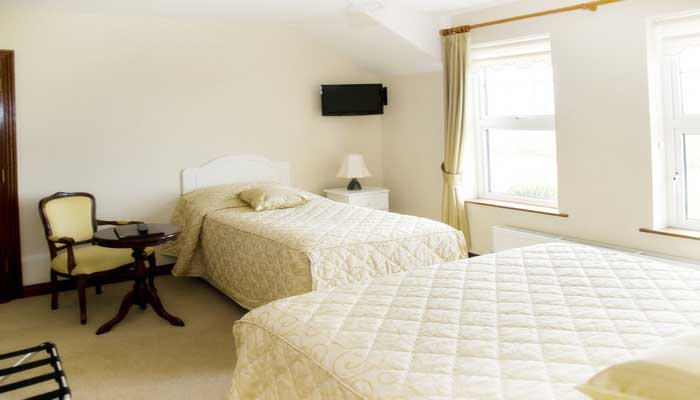 At present, “ecological housing”, and “green housing” has become fashionable term frequently used in commercial housing advertising, and there are also playing the “feng shui” banner. For example: located in the north of the Yonghe Palace Yonghe home, recently invited from Taiwan “feng shui master”, talking about the five elements of yin and Yang. I think, instead of being obsessed with the illusory “feng shui”, why not face up to modern feng shui?

What is modern feng shui?

Feng shui theory is an ancient architectural planning and design theory that integrates geography, astrology, landscape, architecture, ecology and human life science, and other disciplines. Modern Feng Shui is not about Feng Shui of feudal superstition, but the deconstruction of traditional Feng Shui, which, together with the science of construction and gardening, constitutes the three pillars of ancient Chinese architectural theory. Its purpose is to investigate and understand the natural environment, to conform to nature, to use and transform nature in a controlled manner, to create a good living and survival environment, to win the best timing, location, and human harmony, and to achieve the highest good of the unity of heaven and man.

In its long-term practical development process, Feng Shui theory has absorbed and merged the wisdom of various sciences, including aesthetics, ethics, religion, and folklore, and finally formed a unique theoretical system with rich connotations, comprehensive and systematic, which is modern Feng Shui.

Some of the wonderful uses of modern feng shui in the house.

Bedroom size has a learning curve

Now the design of the house popular large living room, small bedroom. This design not only makes sense from the Feng Shui point of view but is also proven in health science. Feng shui in “hiding the wind and gathering gas” the four words, can be said to be the end of the “heavenly opportunity”. Modern science shows that there is a layer invisible to the naked eye on the outside of the human body, which is formed by the constant flow of energy generated by the body itself, and this energy flow is interwoven into the “gas” necessary for sustained life (this “gas” has been captured by special photographic techniques) called “Nadis”.

This aura likes to gather but not disperse, which is equivalent to giving the human body a layer of armor and a protective layer. If this aura is lost to a certain extent, the human body will be attacked by external factors and cause disease. The ancients in the living environment up and down an assertion: “House small people more gas prosperous”, which coincides with the theory of the human aura in the external environment of the gathering and dispersion.

In practice, there are indeed such examples. Beijing’s Imperial Palace, the west side of the Yongzheng Emperor’s study and study behind the bedroom, its area is just 10 square meters. If you pay attention to visit will find that the emperor’s bedroom area, the size of the wooden bed is not special, but the wooden bed next to the wall, the use of the “bed to have to raise the mountain (mountain)” principle. It can be seen that it was not that the emperor could not afford to live in a big bedroom, but that he chose a bedroom that “nurtured the air”.

Sleeping in the magnetic field

We know that the earth is densely covered with magnetic lines of north and south, Taoism believes that the human body is a small universe, and there is also a magnetic field. Head and feet are the north and south poles, when people sleep, it is best to take the north-south direction, and the Earth’s magnetic lines in the same direction, so that people in a state of sleep to readjust the magnetic field due to a day of exertion and become disordered, extremely beneficial to health. If you live in a set of houses in the wrong direction, the magnetic force lines are bound to cut your body obliquely, which is not necessarily a big problem, but not as good as the former.

Chandelier on the bed

In life, there are often some friends to decorate the bedroom very luxurious, in the bedroom ceiling with a beautiful large chandelier, and just above the bed, which will directly affect the human subconscious. Especially when sleep is coming, the human subconscious gradually loses protection, hanging in the bed of the chandelier will make the subconscious feel nervous and uneasy. Therefore, it is best not to install any lamps above the bed, using only the table lamp on the nightstand and the recessed bulls-eye lamp located around the ceiling. If you must install a light above the bed, install ceiling light, and never install a swinging chandelier.

Great use of gardening plants

Gardening has unexpected benefits in home feng shui because of its lively life force. White flowers have the power to promote interpersonal relationships and purify gas; yellow can stimulate upward power and help with wealth; blue brings peace and calm judgment: red is a representative of vitality and spirit; green helps with health, represents security and peace of mind, and helps with the stability of the heartbeat: purple makes the mind clear and increases the sense of art. In the application of flowers, if the bed is opposite the door, a vase with flowers can be placed to solve the problem; flowers in the kitchen can improve the housewife’s temperament. If you are always restless, depressed, and pessimistic, it is very suitable to arrange green, white, and purple flowers.

Now people purchase wall art, you can choose nine fish, or three sheep, but also consider “a hundred birds”, “frogs playing in the water”, “a hundred stallions” and so on, to give people a sense of return to nature. Such soft landscape paintings, such as sunrise, lake and mountain, peony flowers, etc., hanging in the hall, when you go home can give you a relaxed, comfortable feeling. Paintings of fairies and Buddhas can also be used, but remember that the face is friendly and the expression is peaceful.

The choice of color

The color allocation must be good for human physiology. If the home is full of dark blue tone, over time, will invariably produce a negative feeling of gloom, each negative nature; purple home, although it can be said that the purple room full of fragrance, but unfortunately the purple with the red series, invisible will send a harsh sense of color, easy to make people have a sense of helplessness; paint pink is the most fierce color, easy to make people irritable mood, spat, quarrels frequently, the best It is best not to use this color: too much green will also make people depressed (generally speaking, the eyes should be closer to green, but in fact, this green refers to the green of nature, rather than the artificial deployment of green); Chinese people always believe that red is an auspicious color, but more red, will make the eyes overburdened, so red can only be used as a small part of the color with the color, not as a theme color; more yellow at home, the mood boring worry, so that people The brain nerve consciousness is full of multi-layered illusion, neurological disease is most contraindicated this color orange can make people full of life, very warm feeling, but too much orange, but also will make people bored.

The best color in the house is cream, ivory, and white, these three colors and the human visual nerve most suitable. Because the sunlight is white series, representing light, the human heart and eyes also need light to reconcile, and the white series is best equipped with furniture, the white series also represents hope.

Fengshuibuy.com is a participant in the Amazon Services LLC Associates Program, an affiliate advertising program designed to provide a means for sites to earn advertising fees by advertising and linking to Amazon.com.